25 Clever Tips You Should Know Before Traveling To China

Home to the world’s oldest continuous civilisation, China is a fascinating, multi-layered destination with so much to discover. From ancient temples to mountain villages to glittering sky-scrapers and bustling cities, China will dazzle you.

Before you start your journey, here are some important things you should know about travel in China.

Tips for Traveling In China 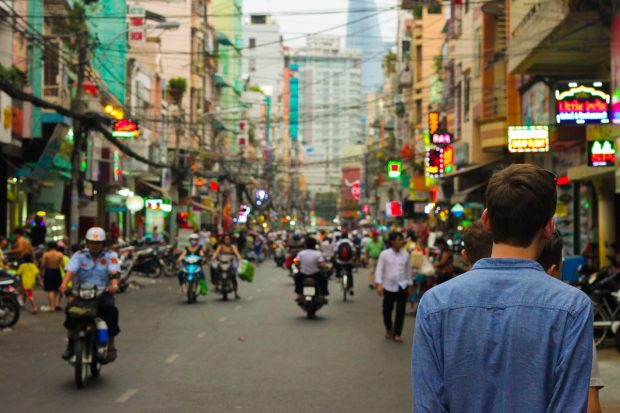 1. Get the Right Visa

Most visitors to China will need a visa, which can be obtained from a Chinese embassy before your trip. The usual single-entry tourist visa is valid for 30 days and must be used within three months of when it is issued. You’ll usually need to provide a letter of invitation, or a detailed itinerary of your trip. For a more detailed guide on getting a visa for your trip to China, check out this Wikitravel page.

You may often find that local businesses will not accept your foreign credit card or debit card. If so, you can load up on cash so that you’ll never be caught short.

Chinese isn’t a single, unified language. In fact, it’s composed of many different dialects including Cantonese, Mandarin and more. There are 8 primary spoken dialects in mainland China, but Mandarin is the most popular with over 1.5 billion speakers.

4. Get a International SIM Card

Being able to use your own phone while traveling in China will make things a lot easier and will help you communicate and get around.

You’ve probably heard of the Great Wall of China, but did you know about the Great Firewall of China? Due to internet restrictions in China, you’ll quickly notice that a lot of your favourite social media apps and international websites are blocked – including Facebook, Instagram and Gmail.

However, it is possible to outsmart this block and stay connected. The best option can be to buy an international SIM card with a cheap data plan – such as TravelSim.

If you are using a TravelSim SIM card while you are in China, you will be able to bypass the firewall completely and use the internet like you would if you were located at home. It will save you up to 95% on roaming charges and it provides you with free incoming calls. You can buy data plans in advance and don´t need to search for local VPN to use internet freely.

5. Never Place Your Chopsticks Upright in Your Rice

It’s considered bad luck, because it resembles the bowls of rice with chopsticks people leave at the tombstones of their loved ones to “feed” them in the afterlife. 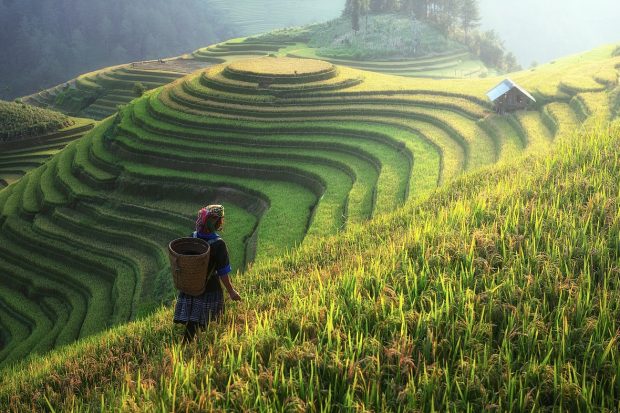 When you’re dining on fish in China, don’t flip it over to get to the meat at the other side. There is an ancient superstition that when someone flipped over a fish, a fishing boat would be overturned. (There are a lot of superstitions in China!)

Tipping isn’t an accepted practice in China, so there’s no expectation for you to do so.

Since Google is blocked in China, you´ll need the mobile internet with International SIM Card to rely on Google Maps. International Sim Cards, like Travelsim, bypasses restrictions and you´ll be able to use freely Google Maps. You can also check out the app Tencent Maps instead. It’s all in Chinese, but it’s worth having because it works and it offers accurate maps of China. It can sometimes even recognise English words when you input them – such as the names of some businesses.

When you’re shopping in markets in China, this is an opportunity to practice your haggling skills. The first price the vendor quotes will likely be high, as they are expecting you to come back with a counter offer. If they won’t budge on the price, try walking away and coming back again. The seller might just change their mind! 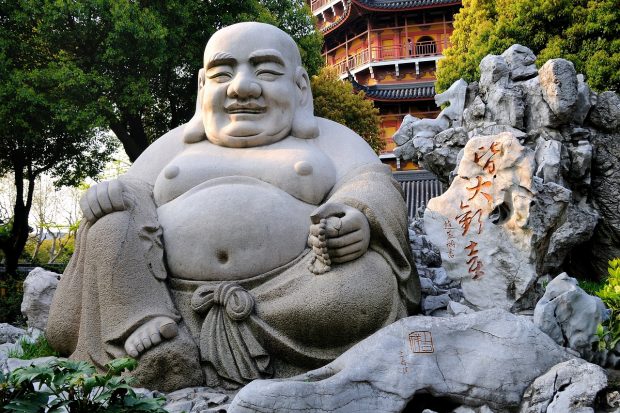 10. The Restaurant Bill is Rarely Shared

Usually, the person who initiated the meal and invited everyone out will order all the dishes and pay for everything. You can make a token offer to pay, but if you actually do chip in you’ll embarrass the host.

Wander into the backstreets and find the small vendors and food stalls selling noodles and dumplings. They are cheap, delicious and an authentic insight into Chinese cuisine.

Hint: look for the food vendors that have a line-up of Chinese people waiting. Not only do you know the food will be cooked fresh, it’s obviously approved by local taste-buds

This is peak hour for group tour buses and the worst time to explore a monument or attraction. Hundreds of tourists descend en masse, with tour leaders shouting through megaphones at the crowd. You’ll have a much more peaceful visit earlier in the morning or later in the afternoon.

13. Use a Chinese Language App

To help you find your way in China, there’s a clever app called Pleco. It’s a complete Chinese dictionary that allows you to look up words by drawing them on the screen. You can also point your phone’s camera at a sign or a menu and it will translate it live.

14. Bring Your Own Toilet Paper

You’ll rarely find tissue in the public restrooms – so have your own emergency stash handy! 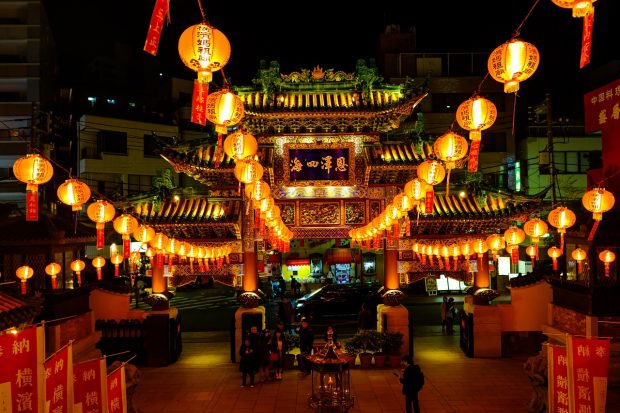 15. If You’re Offered a Gift, Refuse It The First Time

In China, it’s considered polite to refuse a gift when it is first offered, as it shows humility. The other person will offer it again and you can eventually take them up on their generosity if you choose.

For the most part, the tap water in China is not safe to drink. So, stick to bottled water – which can be purchased cheaply at any store and restaurant.

17. Check The Air Pollution Before Getting Active Outdoors

If you are planning an active day outdoors during your trip to China, check the air pollution levels first. If they are high, you’ll want to avoid walking, hiking, running or biking long distances. Instead, you can plan a day of indoor activities at a museum, shopping center or cinema. (Or, take a day trip out of the city to a region with cleaner air!)

18. Watch Out for Traffic

Chinese traffic can be terrible, so be alert when walking across the street as a pedestrian. Cars won’t necessarily yield to you and motorcycles and scooters might not even slow down at all! 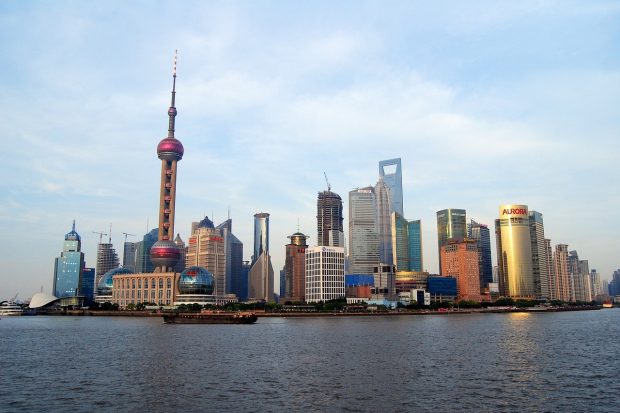 19. Go Beyond the Big Cities

Be sure to venture beyond the large cities of Beijing, Hong Kong and Shanghai during your visit. The smaller villages of China are also quite fascinating and you’ll get a different insight into Chinese culture.

20. Visit in the Off Season

Avoid visiting China in the summer. The heat, humidity and smog can be overwhelming. Also, Chinese tourists will be on their vacations, so many tourist highlights will be quite crowded. Instead, visit between late October and March for more pleasant temperatures and fewer crowds.

Stay away from politically sensitive subjects, especially when talking to Chinese people you have just met. Politics are rarely discussed in modern China and many people are apprehensive about voicing their opinion, so the conversation will be awkward.

China has a vast network of high speed “G-trains.” They travel at 350km (217miles) per hour, so they can get you from Point A to Point B very quickly. Plus, train tickets are often quite affordable compared to Western prices.

23. Don’t Worry If Someone Cuts in Line

One of the things many people find confronting when they visit China is the fact that people don’t necessarily form an orderly queue and wait for everyone to have their turn.

24. Grab A Business Card From Your Hotel

If you get lost, you can show it to a taxi driver. The name of the hotel will be written in Chinese, so even if they speak no English they will be able to take you back to your accommodation.

25.Enjoy Your Travels in China!

There are so many fascinating attractions in China that you could spend years traveling in this country and still not see it all! Start planning your trip today and don’t forget your TravelSim data plan, so you can stay connected on the road.