10 Things to Know Before Traveling to Japan

From karaoke bars to ancient temples, Japan is a fascinating place where modern innovation merges with the past. When many Westerners visit for the first time, they are dazzled by just how different everything is – the vibrant streets, the super-fast bullet trains, the many particular quirks of the culture.

It can take some time to adjust to the culture shock – but the joy of discovering this unique and beautiful country is so worth the effort.

Here are 10 important things you should know before going to Japan.

Keep Your Voice Down in Public

In Japan, it’s considered rude to carry on a loud conversation when in a public place, such as on a train or a bus. If you are speaking to your travel companion in public, make sure that you keep the volume down. (Even if you think you are speaking quietly by Western standards, you’re probably still a bit too loud.) 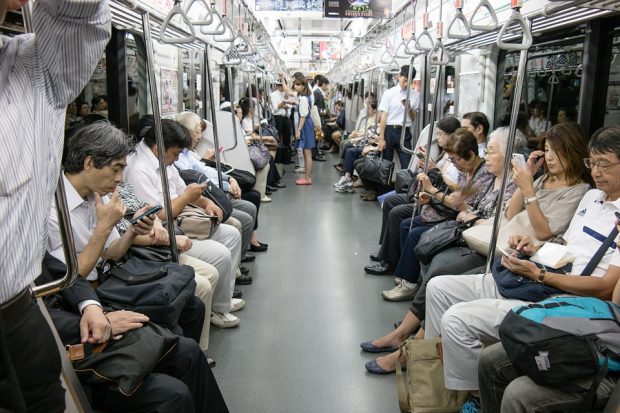 Take Your Shoes Off When Entering a Home

In Japanese culture, your outdoor shoes are considered dirty because they are in contact with the ground all day. Wearing them inside the house is a major etiquette faux pas. If you are invited over to someone’s house, you should take your shoes off when you enter. You’ll likely be given a pair of guest slippers to wear during your visit. (You might even be asked to take off your shoes in certain restaurants – so make sure you are always wearing nice socks just in case.) 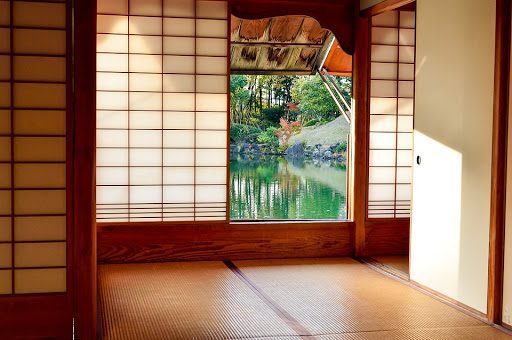 Toilets are Either Super High-Tech, or Pretty Basic

If you are using a Western-style toilet in Japan, you’ll notice a number of buttons along the side – which operate futuristic features such as a bidet, deodorizer, heated seat and more. Some toilets will even play music! In older buildings or historic temples, you’re more likely to find a simple, traditional squat toilet – not much more than a ceramic hole in the floor. Just plant your feet on either side of it, squat down, do your business and use the bucket of water to flush when you are done.You’ll See People Wearing Surgical Masks

Don’t worry if you see people wearing those cotton surgical masks over their mouth and nose while on the train or walking around the city. It doesn’t mean that there is an epidemic going around – it’s simply that many Japanese wear them to avoid spreading colds and bacteria. If you are feeling sick, it’s the polite thing to do to wear a mask and avoid spreading it to others. 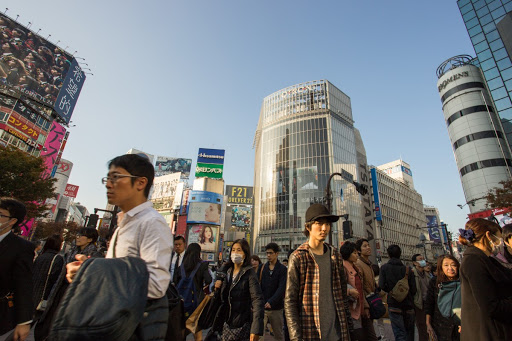 Restaurant Entrances Are Not Always Obvious

Many restaurants will not be identified by a sign on the street with an English name, and the Japanese system of addresses is quite confusing (buildings are numbered by their chronological order of construction, not their geographic proximity). So, if you are looking for a specific restaurant you’ll need to know where it is – and you might also have to ask for directions when you get close. Also, keep in mind that some restaurants may be located on the second or third floor, so they might not be visible at street level.

There’s No Need to Tip

The tipping culture in Japan is the exact opposite of North America. Tipping is not only not required, it’s actually seen as rude. Why? Because the Japanese believe that no one should be given “extra” just for doing their job. When you give them a tip, they might even feel insulted – like you are trying to “bribe” them to do better. They might even give the tip back. So, save yourself the embarrassment and just pay the amount on your bill – no tipping necessary. (The only exception to this is that sometimes a high-end restaurant will add a “service charge” to your bill.) 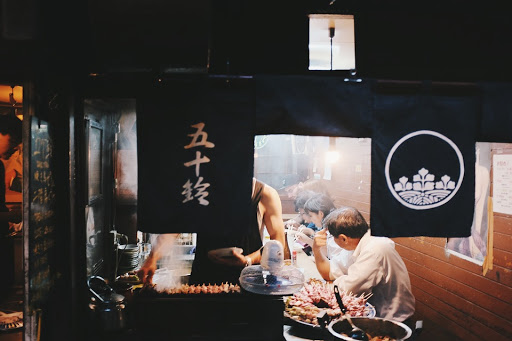 Mobile Data Will Come in Handy

When you arrive in Japan, one of the first things to do is to buy a local SIM card so that you have mobile data on your phone. Why? Because there are certain apps that will really come in handy here. The first is Google Maps – which is very helpful for finding your way around an unfamiliar city. The second is Google Translate, which you can use to get instant translations of signs, menu items and more – and when you encounter someone who doesn’t speak English. 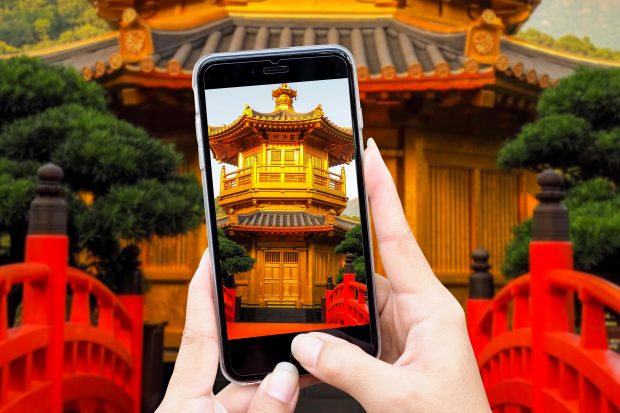 Therefore, it is always better to have some cheaper mobile data available if you travel in Japan. We are glad to now offer data plans for Japan with 36% discount. You can order the Sim Card and data plans here.

When you travel in Japan, be prepared to encounter signs, maps and restaurant menus without English translations. This is when having the Google Translate app on your phone will really help – there’s even a feature that allows you to point your camera at a sign and it will be instantly translated. Or, you can also look for restaurants with photos of the dishes on the menu, or plastic versions of the menu items displayed in the window. Then, all you need to do is point at something that looks delicious! 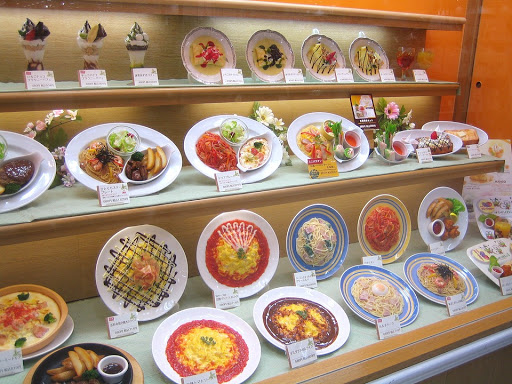 Japan is mostly a cash-based society, so many places you visit won’t accept your credit card. You’d be surprised at how many businesses will only accept cash – even the grocery stores, cafes and restaurants. That means that you’ll need to have plenty of Yen on you at all times. Don’t worry too much about carrying cash with you – the crime rate in Japan is very low. (Oh, and make sure that you keep that cash clean and straight – it’s considered rude to crumple it up in your pocket.) 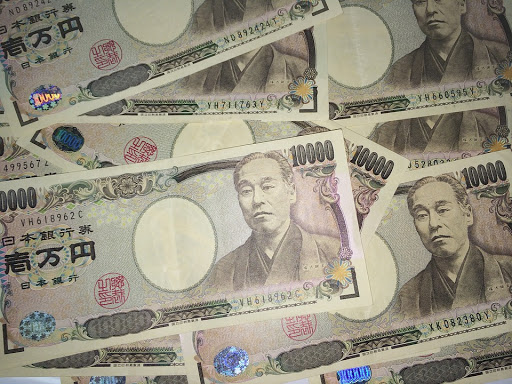 Don’t Stick Your Chopsticks Straight Up in Your Bowl

You’ll likely eat many of your meals in Japan with chopsticks (although forks are available if you don’t feel confident in your chopstick ability.) There are a lot of etiquette rules associated with chopsticks – for example you shouldn’t use them to stab your food, point directly at someone, or tap the edge of your bowl. But, most of all, you should never leave your chopsticks standing vertically in a bowl of rice. It’s considered bad luck, as it resembles the Buddhist ritual of burning incense at a funeral. 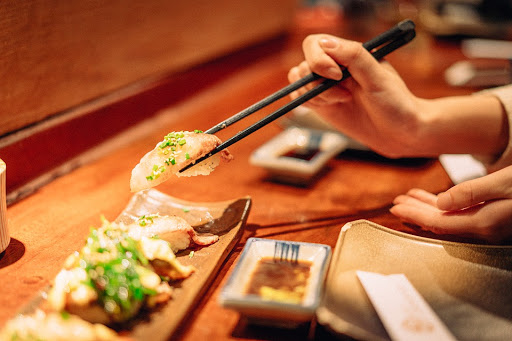